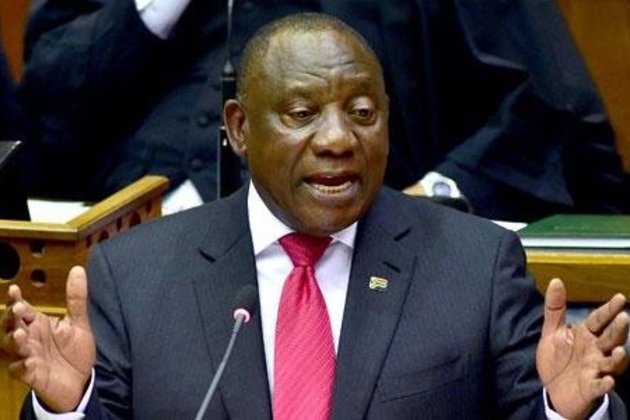 The South African Broadcasting Corporation (SABC) has confirmed that the flighting of the wrong clip of President Cyril Ramaphosa's speech to the nation on Thursday last week was an act of sabotage.

In a statement released on Tuesday, the public broadcaster said those involved in the production activities were all warned in advance that they should disregard the rehearsal clip.

"The SABC now has strong prima facie evidence indicating that the broadcast of the incorrect clip was a well-considered and coordinated act of sabotage to bring the SABC and consequently the president into disrepute."

It said the employees who were involved in production at the time of the incident were given the opportunity to make written representations as to why disciplinary steps should not be instituted against them.

"The SABC has received the representations and, after due consideration, the corporation has decided to suspend three permanent employees and unschedule one freelancer. Due process will be followed. The second phase of the investigation into this incident is still under way."

"The SABC will not tolerate any acts or omissions that bring the public broadcaster into disrepute, and undermine efforts to eradicate systemic problems of malfeasance and maladministration plaguing the institution," said the public broadcaster's Group Chief Executive Officer, Madoda Mxakwe.

The SABC apologised to Ramaphosa after the incident hours after it aired on Thursday evening.

While doing a first take on his address, read from a teleprompter at the SABC's parliamentary studios, Ramaphosa starts his address, but a couple of seconds in, makes a mistake which he flags by saying: "Let's start again. I made a mistake."

The version was evidently not meant to be aired, but somehow landed on viewers' screens.

Ramaphosa's address focused on the current violence-against-women protests and xenophobia in parts of the country.

"The public broadcaster wishes to apologise to the president of the republic and the nation for any embarrassment caused in this unfortunate breach of the news production process," SABC spokesperson Vuyo Mthembu said in a statement on Thursday.

"The SABC takes this issue seriously and can assure the president and the public that due process will be followed and appropriate action taken."