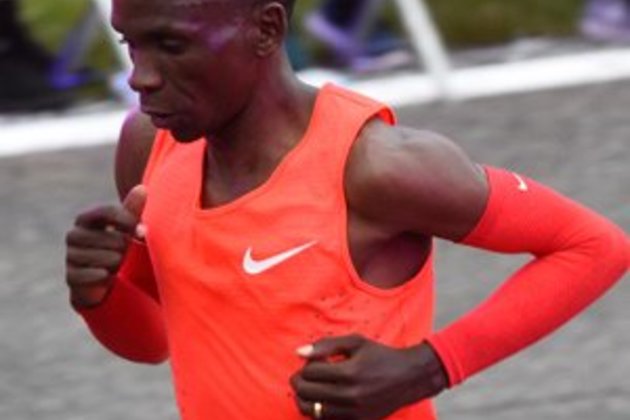 Cape Town - One of the Holy Grails of world sport - a sub-two-hour marathon - could be in sight this weekend if marathon great Eliud Kipchoge succeeds with his daring challenge in Vienna on Saturday.

One of the most daring and most difficult challenges, likened by Kipchoge to standing on the moon or scaling Everest for the first time, will take place on Saturday with SuperSport (SS9) broadcasting the attempt live from 07:45.

Called the Ineos 1:59 Challenge, this is an event specially designed to attack the mystical mark with world-record holder Kipchoge the obvious choice to do it.

Two years ago, in a similar crusade, he fell short by a mere 26 seconds. As in Italy, his time in Austria won't be official given that it will be run in optimal conditions with an army of pace-setters on an out-and-back course expected to be fast and flat.

His official world record, meanwhile, stands at 2:01:39, which he ran in Berlin. Shearing a massive 78 seconds off the previous world record was the biggest single leap in more than 50 years.

Six months ago, he followed it up with the second-fastest marathon of all time on the slower London Marathon course, an indication that he's capable of running the 0.36 percent faster necessary to dip below two hours on Saturday.

"I learned a lot from my previous attempt, and I truly believe that I can go 26 seconds faster than I did in Monza two years ago," said the Kenyan marathon marvel, who has won 11 of the 12 marathons he has run.

"I am very excited to show the world that when you focus on your goal, when you work hard and when you believe in yourself, anything is possible."

Among his 41 pace-setters will be 10 athletes who recently competed at the athletics world championship, among them Ethiopia's Selemon Barega, who won the 5 000m silver medal on Monday, Uganda's Ronald Musagala, the two-time Diamond League 1500m winner, and Olympic 1 500m champion Matthew Centrowitz of the US.

There is an eight-day window up to October 20 where he could make the attempt should the weather not be ideal on Saturday.