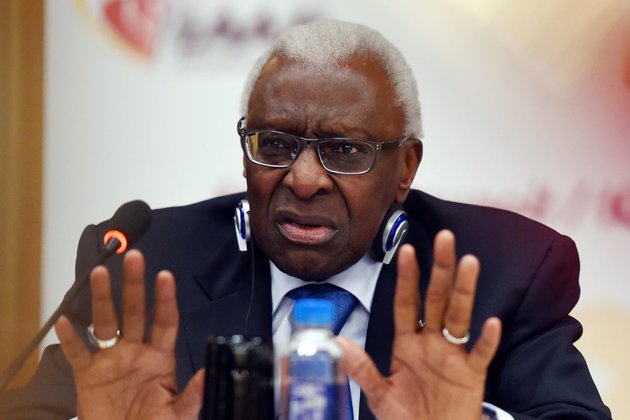 A French court has adjourned the trial of former world athletics chief Lamine Diack on corruption charges linked to the Russian doping scandal.

The presiding magistrate in the Paris trial of the 86-year-old Diack said at the first hearing on January 13 that more time was needed to examine testimony from his son and co-accused, Papa Massata Diack.

The trial will now likely run from June 3 to June 22.

Diack has been under house arrest since November 2015 over claims he took payments of more than $3.3 million in a conspiracy to bury positive drug tests by Russian athletes in return for money.

The scandal resulted in the Russian team being banned from the 2016 Summer Olympics and the 2018 Winter Olympics.

Russian athletes face the same punishment for next year's Olympic games in Tokyo.

Diack presided over the International Association of Athletics Federations (IAAF), now World Athletics, for 16 years until 2015

If found guilty of the charges, which he denies, Diack could face up to 10 years in prison.

Diack junior, a former marketing consultant for the then-International Association of Athletics Federations (now World Athletics), has refused to cooperate with French authorities and remains in Senegal.

He was, however, been questioned in Dakar in November over accusations against him and his father as part of a separate Senegalese investigation, a source told the French news agency AFP.

Based on reporting by AFP, dpa, and AP