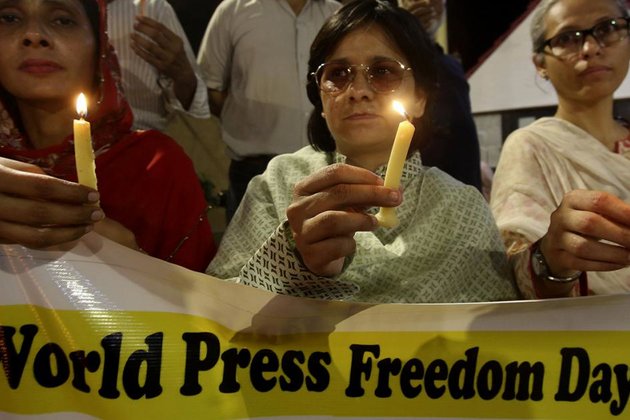 Media outlets in Pakistan came under increased pressure from authorities for perceived criticism of the government. In some cases, regulatory agencies blocked cable operators from broadcasting networks that aired critical programs. GEO TV, a private television channel, was forced off the air or had its audience's access restricted as punishment for editorials criticizing the government. On July 9, the Pakistan Electronic Media Regulatory Authority (PEMRA) blocked three television news channels - Capital TV, 24 News HD, and Abbtakk News Network - after they broadcast speeches by opposition leaders. On July 1, PEMRA terminated a live interview with former President Asif Ali Zardari on GEO TV shortly after it began.

"Pakistan's government is failing in one of the basic duties of a democratic government - providing an enabling environment for free expression and critical voices," said Brad Adams, Asia director at Human Rights Watch. "Prime Minister Imran Khan's government should focus on addressing longstanding human rights issues rather than muzzling those who bring attention to them."

In the 652-page World Report 2020, its 30th edition, Human Rights Watch reviews human rights practices in nearly 100 countries. In his introductory essay, Executive Director Kenneth Roth says that the Chinese government, which depends on repression to stay in power, is carrying out the most intense attack on the global human rights system in decades. He finds that Beijing's actions both encourage and gain support from autocratic populists around the globe, while Chinese authorities use their economic clout to deter criticism from other governments. It is urgent to resist this assault, which threatens decades of progress on human rights and our future.

Human Rights Watch received several credible reports of intimidation, harassment, and surveillance of various organizations and their staff by government officials. The government used the Regulation of INGOs (international nongovernmental organizations) in Pakistan policy to impede the registration and functioning of international humanitarian and human rights organizations.

The government also cracked down on members and supporters of political parties. Lawyers and rights groups expressed concerns of denial of due process and fair trial rights after several opposition leaders, including a former head of state and cabinet ministers, were arrested on corruption allegations.

In 2019, the Pakistani government failed to amend or repeal blasphemy law provisions that provide a pretext for violence against religious minorities, as well as arbitrary arrests and prosecution.

While numerous cases of violence against women and girls highlighted the difficulty survivors face getting justice, authorities succeeded in enforcing some key reforms. The Sindh provincial cabinet approved a new law in August providing the right of women agricultural workers to have a written contract, minimum wage, welfare benefits, and gender parity in wages. It was the first time that Pakistan recognized the right of women agricultural workers to unionize.

Pakistani law enforcement agencies were responsible for human rights violations including detention without charge and extrajudicial killings. Pakistan failed to enact a law criminalizing torture despite Pakistan's obligation to do so under the Convention against Torture.

"Pakistani authorities should acknowledge diversity of opinion as a strength, not a weakness," Adams said. "Instead of stifling dissent, the government needs to take urgent steps to hold its security forces accountable, repeal discriminatory laws, and demonstrate a genuine commitment to the rule of law."