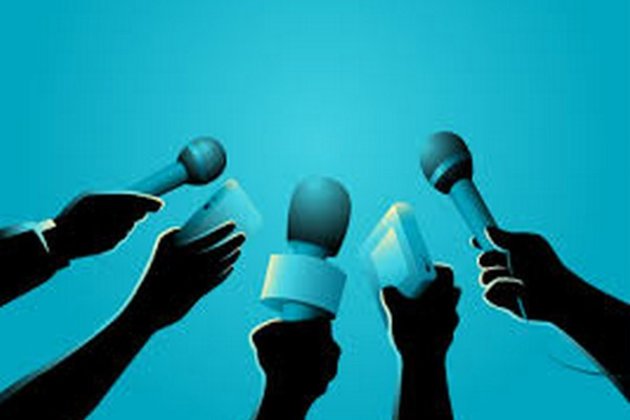 Islamabad [Pakistan], November 21 (ANI): The Pakistan Federal Union of Journalists (PFUJ) on Saturday said some clauses of the Protection of Journalists and Media Professionals Act 2021 could be used to frame a media person in a false case and that should have been avoided, local media reported.

The bill was approved by the National Assembly on November 8 and the Senate on Friday, Dawn reported.

According to the Pakistani publication, the treasury side approved the bill without forwarding it to the relevant standing committee.

Later, Minister for Information and Broadcasting Chaudhry Fawad Hussain congratulated working journalists over the passage of the bill in a tweet saying: "The law would, for the first time, give working journalists the same rights the journalist community enjoyed in highly developed societies," Dawn reported.

Meanwhile, PFUJ secretary general Nasir Zaidi said Clause 6 (3) of the Act could be used by any government to frame journalists and it should have been amended, the publication said.

"These are thin lines that are always placed in such laws that could be used against any individual or organisation," Zaidi said.

Clause 6 of the Act states: "All journalists and media professionals must respect the rights and reputation of others and not produce material that advocates national, racial, ethnical, religious, sectarian, linguistic, cultural or gender-based hatred which may constitute an incitement to discrimination, hostility or violence," Dawn reported.