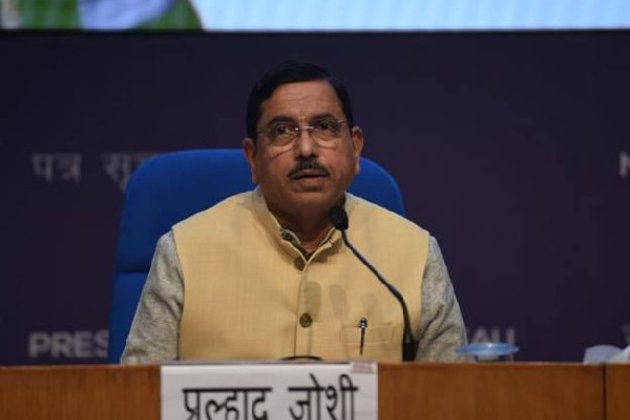 New Delhi [India], November 23 (ANI): As a part of Azadi ka Amrit Mahotsav commemorating 75 years of the country's independence, India will be celebrating Constitution Day on November 26 with great fervour and gaiety in the Central Hall of Parliament House, informed the Ministry of Parliamentary Affairs on Tuesday.

"President Ram Nath Kovind will be leading the celebrations of Constitution Day live from Central Hall of Parliament on November 26, 2021, at 11.00 am onwards. The occasion will also be graced by Vice President M Venkaiah Naidu, Prime Minister Narendra Modi, Speakers of both Houses, Ministers, MPs and other dignitaries," stated Joshi.

"After the speech of the President, the whole nation is invited to read Preamble to the Constitution live with him," he added.

The public at large including ministries and departments of the Central Government, State/UT Governments, schools, colleges, universities, institutions, bodies, bar councils etc have been requested to join President in reading Preamble to the Constitution on November 26 from their places, following the COVID-19 protocols.

A call has been made to the public at large to read Preamble enmass with President through various modes such as radio, TV, social media etc. using dignitaries from various fields.

To make it a public campaign and for ensuring Jan Bhagidari (public involvement), the Ministry has developed two portals, one "Online Reading of the Preamble to the Constitution" in 23 languages (22 official languages and English) and another "Online Quiz on Constitutional Democracy" wherein anybody can participate from anywhere and get certificates.

"Padma Shri awardee Jai Prakash Lakhiwal has designed the frame for the Preamble in this portal in such a way that it has elements of arts from all States/UTs of India. This design will also be reflected on certificates," he added. (ANI)