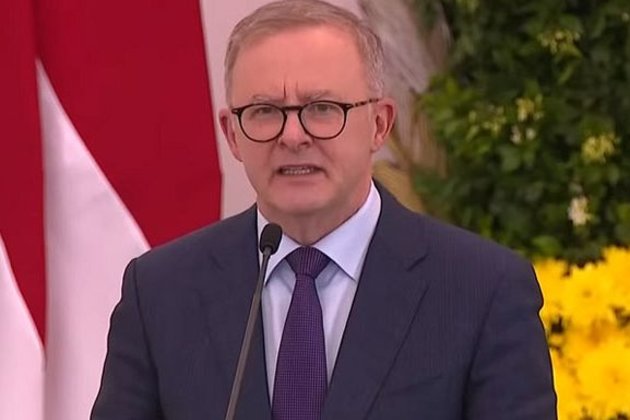 The new Labor Government faces fundamental issues that it must confront quickly or risk one term with Peter Dutton as Prime Minister in 2025, writes Kieran Simpson.

WALKING THE STREETS on the morning of 22 May, I could feel the relief that was in the air. The locals at my corner cafe were energetic and happy. "Scotty is gone," one exclaimed as I walked through the door. Discussing the walking disaster that is Scotty From Marketing, one self-confessed Liberal supporter joked to me, "long live Albo".

In Melbourne, Labor won the seat of Higgins. It almost got Menzies. Deakin became the most marginal seat in Australia. "Tealslide" became a word. People woke wondering if we now have a chance for the country to purge itself of the last toxic nine years of Coalition government. For Liberals, a chance for their party to have a hard reset (or collapse) from the Howard years. That we might be able to have a government confront - not ignore - the great challenges we face.

Sadly, the honeymoon lasted for all of about two weeks. Then the realities of the Liberal legacy bit - hard. I do believe that Australian politics has seen a radical change and a watershed moment. However, Labor has to make the tough decisions quickly. Otherwise, it will be a one-term government and barring a miracle, we'll have another decade of toxic Liberal rule.

The first issue that Labor has to confront is unsurprisingly the gas "markets". While the war in Ukraine was the straw, the camel's back was a contorted mess to begin with. There is no gas "supply crisis" as Australia is the largest exporter of gas. What we have is an allocation problem.

For almost a decade, the Coalition failed to develop a national energy plan, even though such a plan existed before they took office.

The east coast, unlike Western Australia, doesn't have domestic gas reservation. It is at the mercy of international markets bidding against Australians for our gas. Gas produced at $1/Gj was going to be sold as high as $800/Gj before the regulator stepped in. The Australian Energy Market Operator (AEMO) capped the price at $40/Gj. With a domestic price of around $7-8/Gj and current prices, the gas companies are going to make tens of billions of dollars more profit - all while paying no tax.

The price of gas sets the marginal wholesale price of electricity. So, to prevent massive spikes, we're seeing market caps of $300/MWh. The knock-on effects are apocalyptic. Generators were initially unwilling to generate power at a loss leading to threats of blackouts. The costs to businesses and consumers are mounting, fuelling inflation. These are recession - if not depression - causing events.

Unsurprisingly, the industry has long been calling for investment in new gas fields. Who could forget the marketing slogan of the "gas-led recovery". Unlocking new gas projects will not help our domestic issues as the gas is destined for export. New gas is at odds with decarbonising the economy and will blow out Australia's emissions. All while Labor is bleeding "climate votes" to the Greens and teals cracked the Liberals.

The solution that will yield the best outcome for Australians right now is to enforce sufficient domestic reservation of existing east coast gas production. We must also have a windfall gains tax so that profits of war can be redirected to assist those most affected by the rising cost of living and help fund the transition away from fossil fuels.

Yes, the gas companies will whinge. "Sovereign risk" will be the catchcry of companies who overinvested in export capacity and want you to pay for it. But when gas and electricity prices crash, people will take notice and likely reward Labor.

The second issue Labor has to confront immediately is a sustainable population strategy. The population issue is difficult to debate in Australia because growth has come over the last decade from mass immigration. Any attempt to discuss this is killed by a captured media who often allow all the political oxygen around immigration to be consumed by racists or "growth lobbyists". They have their corporate interests to protect. But we need to, as a country, look at the facts and have an honest discussion.

Labor will ignore its mandate on climate unless activists apply pressure

After promising better climate policy, Labor has disappointed many by forging ahead with new fossil fuel projects.

Australia has been adding a "Canberra's worth" of new people every couple of years pre-COVID.

The consequences of rapid population growth are clearly visible such as:

The big business lobby is now crying out for a restart of mass immigration. More people theoretically means more goods and services to sell. Except this is lazy economics and has likely contributed to productivity collapse - which has actually hurt Australia's economy. We are stuck in evermore costly, destructive and time-consuming infrastructure catch-ups.

For workers, unemployment fell and wages have started to lift after a decade of stagnation because of the closed borders due to the pandemic. Not because of any Morrison Government policy. Restarting mass immigration is likely to see unemployment rise and workers can kiss goodbye to a pay rise.

Scientists have known for decades the link between population, consumption and carbon emissions. We need to actively engage with the population issue if we want to keep global warming below two degrees. This is not an "either/or" problem. We need to drastically reduce consumption. But population growth cancels out reductions in consumption, or energy intensity as more people "consume the slack". Tackling the "demand side" needs to become part of the public conversation.

Albanese Government has a chance to stop politicising asylum

It's time for the Labor Party to right the wrongs done to asylum seekers by both sides of government.

There was a reason no major party talked about increasing immigration during the election campaign, as Dr Abul Rizvi explained:

The final issue for Labor is time. It doesn't have the luxury. Labor got a post-election boost in the polls, but already that is starting to decline. Unless Labor handles these fundamental issues now, the rest of its agenda will fall apart and its failure will be its legacy. Voters will turn to popularist minor parties or community-backed Independents. Or back to the L-NP. At a time when Labor's primary vote is at an all-time low.

Right now, gas companies are making out like bandits forcing up the price of everything. While we, the taxpayers, are compensating private electricity generators for lost profits. Restoring Australian manufacturing (as Labor committed to doing at the Election) is a lot easier when energy is cheaper. The environmental chickens of a decade-plus of mass immigration are coming home to roost at the same time.

Albanese and Labor need to do the right thing for Australians. It's good for wages, the environment and votes. We need domestic gas reservation and a reset of net overseas migration (NOM) to 70,000 per annum. By doing it now, it can ride out the attacks from the vested interests. Come the 2025 Election, it will likely reap a political harvest and become a three-term government.

Otherwise, it will be smashed as in 1996 with the "inflation hammer" - consigning itself to another long exodus in the wilderness.