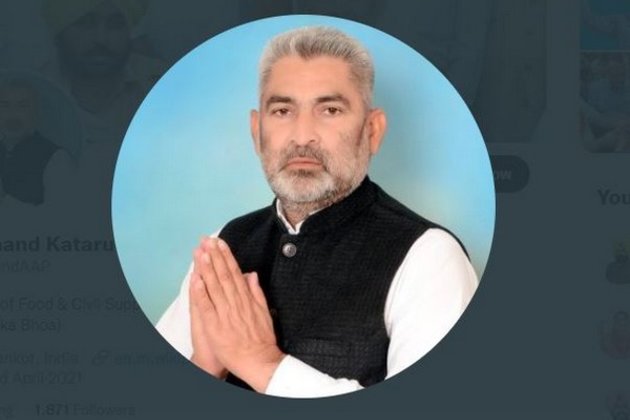 Chandigarh (Punjab) [India], August 4 (ANI): Punjab Food, Civil Supplies and Consumer Affairs Minister Lal Chand Kataruchak on Wednesday chaired a review meeting with the District Food Supply Controllers and the Deputy Directors and said a zero-tolerance policy is being adopted towards malpractices in the working of the department.

The statement described the government's intention to provide a corruption-free administrative framework to the people of the northern state.

"Zero tolerance policy is being adopted towards malpractices as this department is closely linked to the economy of the State. Those indulging in corrupt practices would be sternly dealt with in accordance with the law," read an official statement by the Punjab Food, Civil Supplies and Consumer Affairs.

"The Minister also directed that the stock in the godowns be thoroughly checked and it is imperative that the items contained in the stock register match with the stock present. He emphasized dispatching reports in a timely manner in this regard," added the statement.

The Minister exhorted the officers present to strengthen the Worker Management Committees in their respective districts so as to redress the issues of the workers thus bringing them into the mainstream.

He also said that there should be uniformity in the matter of setting up of clusters in the mandis and no cluster should exceed the capacity of 50000 Metric Tons. (ANI)