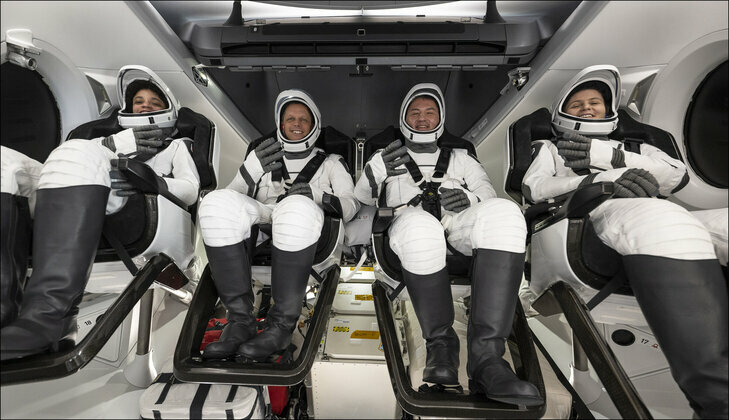 According to NASA's data, the crew traveled over 116 million kilometres during their 170-day mission, and completed 2,720 orbits around Earth.