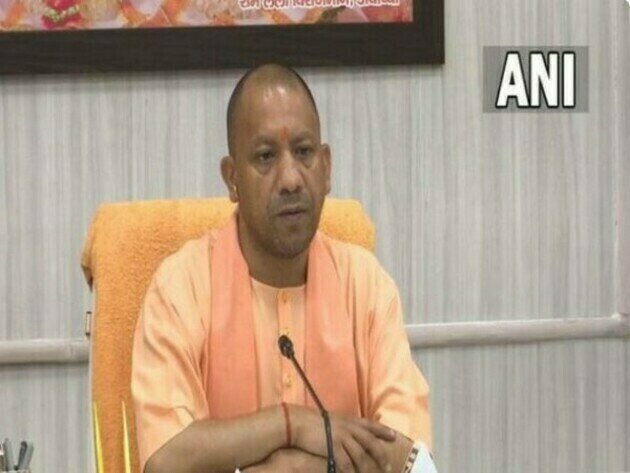 Taking a potshot at the Congress party in poll-bound Himachal Pradesh, Yogi Adiyanath said that in times of crisis, the brother-sister duo disappear from the country, while under the leadership of PM Modi, the world looks up to India whenever it is faced with a crisis, read a statement from Chief Minister's Office (CMO).

The UP CM campaigned in Palampur, Anni and Theog assembly constituencies of Kangra, Kullu and Shimla districts respectively in the poll-bound Himachal Pradesh on Tuesday.

Seeking votes for BJP candidate Lokendra Kumar in the Anni assembly constituency of Kullu, the UP CM said, "Have you ever seen this brother-sister duo of Congress during any crisis? During every crisis, Unhe Italy mein naani yaad aati hain, Kullu aur Anni nahi."

Congress leaders' interests are confined to that of their own families, but in PM Narendra Modi's government, every BJP worker considers the 135 crore people of India as a family and works accordingly. They have a responsibility to work for their security, happiness, and prosperity. "The one who is a companion in times of trouble is the true well-wisher," he remarked.

India is now known as a 'leader' and not a laggard country under Prime Minister Modi, said Yogi, adding that the brave youths of Himachal Pradesh have "left no stone unturned" in providing security to the country.

On the fourth day of his extensive campaign across the poll-bound hill state, Yogi Adityanath said, "When we mention Himachal Pradesh, brave youths from the state who protect the country's borders come to our mind. No enemy countries can dare think of attacking India in their presence. The soldiers here are always ready to carry out a surgical strike on the enemies, if provoked."

Stating that India is touching new heights under the leadership of Prime Minister Narendra Modi and the country's prestige has risen on the global stage, Yogi said, "India has the ability to find a solution to every issue. Today, the world looks up to India whenever it is faced with a crisis. At the international level, India is gaining recognition."

He said, "India has replaced the United Kingdom as the fifth largest economy in the world."

Addressing an election rally for BJP candidate Trilok Kapoor in the Palampur assembly constituency of district Kangra in Himachal Pradesh, the UP CM said, "The National Working Committee of the Bharatiya Janata Party had for the first time passed a resolution in Palampur for the construction of Ram temple at Ram Janmabhoomi."

Fifty-five per cent of the grand Ram temple's construction has been completed and it will be finished by the end of 2023. This has been possible only because the country has the able leadership of PM Modi, he said.

Yogi further said, "During the Covid-19 pandemic, India provided free tests, treatment and vaccine in addition to free ration to 80 crore people, none of which any other country did. It was with the efforts of the double engine government that two vaccines were manufactured in India."

"Can you imagine free vaccines during Covid, a grand Ram temple in Ayodhya, abrogation of Article 370 or a surgical strike during a Congress government? Congress doesn't respect your faith and can't provide you with security, then why do you need to support them?," the Chief Minister said.

It is under the double-engine government that everyone is getting the benefits of the welfare scheme without any discrimination, he added.

Maintaining that Palampur now has a super speciality hospital, Yogi said that now HP has institutes like AIIMS and IIM. The roads are getting better, air connectivity has been improved over here.

"In this hilly state, only the double engine government of the BJP can bring 'Har Ghar Hal' to every household," said Yogi adding, "PM Modi has a close relationship with Himachal. BJP national president JP Nadda is a native of Himachal Pradesh. Union Minister for Sports and Youth Affairs and Information and Broadcasting Anurag Thakur also has his roots here."

Exuding confidence in the BJP's victory in Theog assembly seat of Shimla, Yogi said, like Uttar Pradesh and Uttarakhand, the BJP government will be repeated in Himachal Pradesh.

Terming the communist leader as demon 'Kalnemi', Yogi said, "When a communist won the election from the Theog of 'Devbhoomi,' I was in distress at how someone who abused Hindu gods and goddesses, mocked the faith of people, could win elections."

Yogi also pointed out: "When Britishers ruled like traders, the people of India remained silent. But when they started giving away cartridges made of cow and pig skin to the Indians, the Indians drove them away."

Taking a jibe at Congress, Yogi said, "Out of 403 seats in Uttar Pradesh, Congress has won only two seats. Even when a person dies, at least four people are needed to carry him to the cremation ground." (ANI)