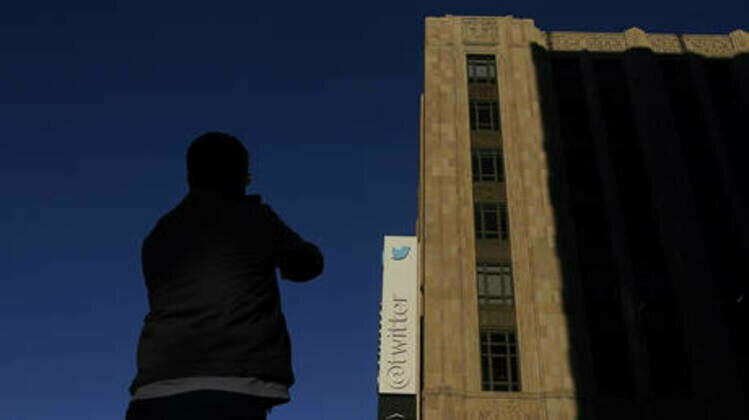 CBS News announced on Friday that it will cease using Twitter, citing "uncertainty" over billionaire tycoon Elon Musk's changes at the company.

CBS News announced on Friday that it will cease using Twitter, citing "uncertainty" over Elon Musk's changes at the company. The platform's new CEO has laid off more than half of its workers and restored several prominent accounts banned for reasons such as "hateful conduct" and impersonation.

"In light of the uncertainty around Twitter and out of an abundance of caution, CBS News is pausing its activity on the social media site as it continues to monitor the platform," CBS correspondent Jonathan Vigliotti said in a report on Friday.

A number of CBS-owned stations shared similarly-worded statements shortly afterwards, and CBS' three main Twitter accounts - @CBSNews, @CBSEveningNews, and @CBSMornings - have not posted any content to the platform since Friday afternoon.

It is unclear what specific "uncertainty" Vigliotti was referring to, as despite warnings to the contrary from tech-focused media and pundits, Twitter has continued to function as normal throughout Musk's three weeks of ownership. However, Musk fired at least 50% of the company's staff at the beginning of November, and hundreds more left the firm on Thursday after being asked to work "extremely hardcore" hours by the billionaire.

Twitter's offices were locked on Thursday, reportedly amid fears of sabotage by disgruntled former employees, and Musk himself reportedly ordered anyone at the company "who actually writes software" to an all-hands meeting on Friday, which, based on a tweet by the CEO, concluded in the early hours of Saturday morning.

Musk has introduced numerous changes to the platform, not just in a financial and technological sense. Before purchasing Twitter for $44 billion last month, the SpaceX and Tesla magnate declared his intention to roll back some of the platform's more odious censorship policies.

While he has insisted that so-called "hate tweets" will still be "deboosted" on Twitter, he restored two accounts - satirical news site The Babylon Bee and Canadian psychologist Jordan Peterson - that were suspended for referring to transgender women as men. Liberal comedian Kathy Griffin also had her account restored, after she was banned for changing her account to impersonate Musk.