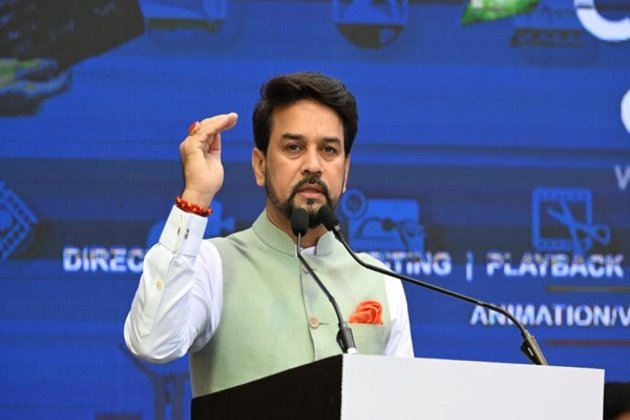 Panaji (Goa) [India], November 21(ANI): The second edition of 75 Creative Minds of Tomorrow is back and it was launched by Union Minister of Information and Broadcasting Anurag Thakur on Monday morning at the ongoing International Film Festival of India (IFFI) in Goa.

The talent enrichment program 75 Creative Minds of Tomorrow was launched in 2021 to coincide with 75 years of Indian Independence. In its second year, 53rd IFFI aims to recognise and nurture an additional community of young filmmakers. Also, the participants, all in the age group 18 - 35, who have made it to the list of '75 Creative Minds of Tomorrow' contest, have been divided into groups of 15 to compete in a "53-Hour Challenge".

On the launch of 75 Creative Minds of Tomorrow, the IB minister said, "IFFI gives platform to all these participants to enhance their skills. It gives them a chance to interact with talented members of our film industry.""It was last year that we embarked on this journey, led by the vision of the Hon. Prime Minister Sh Narendra Modi ji to engage, encourage and explore the potential of our youth by providing them a platform at IFFI. This is the second edition of 75 Creative Minds of Tomorrow and we have already made a community of 150 strong individuals connected through their shared love for cinema, creativity and culture," Thakur added.

He also spoke about how government is doing its best to boost the "creative economy.""Our government is making an effort to generate employment, boost the 'creative economy,' mentor outstanding artists and encourage youngsters just like you to achieve cinematic excellence! IFFI is your platform to network, explore, collaborate and be inspired along the way!Who knows, some of you will go on to win National Film Awards, Grammys, Oscars and much more," he shared.

Writer and CBFC Chairperson Prasoon Joshi was also present during the launch of 75 Creative Minds of Tomorrow. (ANI)