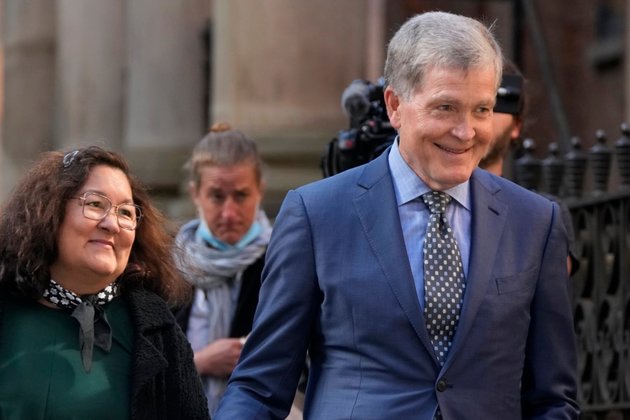 Public hearings begin Monday in Australia as a special commission investigates unsolved, suspected hate crimes involving the deaths of LGBTQI people between 1970 and 2010. The inquiry in the state of New South Wales is said to be the first of its kind in the world and was established in April following recommendations by a parliamentary committee.

Gay rights campaigners have said that in the 1980s violence toward LGBTQI people in the Australian city of Sydney was 'almost seen as a sport' and that homophobia was rife in the early days of the HIV epidemic.

Victims were believed to have been thrown off cliffs or beaten to death in parks. Many suspected homicides went unsolved. A committee of lawmakers in 2021 said the police in New South Wales had failed to investigate suspected cases of gay and transgender hate crimes.

A special commission of inquiry on Monday begins gathering evidence in public as it seeks to close what state government officials said was 'a dark chapter' in Australian history.

It will examine the cause of death in all unsolved, suspected hate crimes in New South Wales between 1970 and 2010, where the victim was a member of the LGBTQI community and the death was previously investigated by the police.

Activists say there have been between 20 and 30 unsolved cases. But by 2010, Australia had amended more than 70 pieces of legislation to remove discrimination between lesbian and gay couples.

Nicholas Stewart, the vice president of Australian Lawyers for Human Rights, told the Australian Broadcasting Corp. the brutality of the past must be exposed.

'The community deserves truth and justice,' Stewart said. 'There are so many hurting families and friends, as well as surviving victims of hate crimes, who have desperately wanted a government to recognize what they have been through.'

Meanwhile, a man convicted of the murder of a gay American man has had his conviction overturned, after judges accepted that he should be able to withdraw his guilty plea.

The body of Scott Johnson, 27, a mathematician studying at the Australia National University, was found at the base of a cliff in Sydney in 1988. His relatives for years argued his death was a hate crime.

Scott Phillip White, 51, who was sentenced in May to more than 12 years in prison, is expected to face a retrial over the alleged murder.

Same-sex marriage has been legal in Australia since December 2017.

The New South Wales state Special Commission of Inquiry into LGBTQI Hate Crimes is to report its findings by the end of June 2023. Campaigners are calling for a national inquiry into alleged hate crimes committed in other parts of the country.