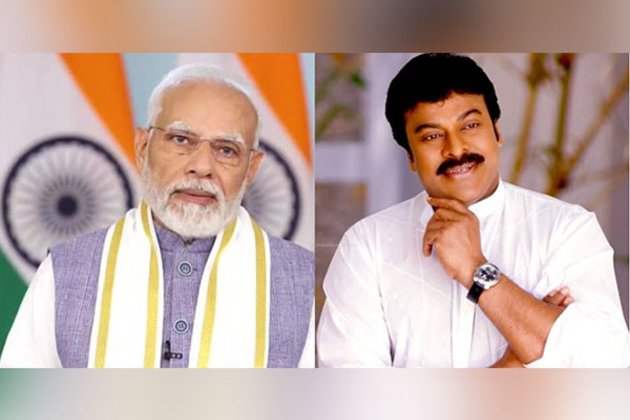 New Delhi [India], November 21 (ANI): Superstar Chiranjeevi has been honoured with Indian Film Personality of the Year at the 53rd edition of the International Film Festival of India (IFFI) in Goa. On Monday, Prime Minister Narendra Modi congratulated the actor for his contribution to cinema.

PM Modi's tweet read, "Congratulations to him on the occasion of being selected for the prestigious Indian Film Personality of the Year Award at the International Film Festival of India @IFFIGoa in Goa."PM Modi wrote in Telugu and praised the actor for his acting skills.

In the opening ceremony of the Indian Film Personality of the Year at the opening ceremony of the 53rd edition of the International Film Festival of India (IFFI) in Goa. The special announcement was made by Union Minister of Information and Broadcasting Anurag Thakur at the film festival on Sunday. However, the actor was not present at the festival.

In a career spanning of over four decades, Chiranjeevi, 66, has been the recipient of numerous awards and accolades including 10 Filmfare awards and 4 Nandi awards. He was recently seen in 'Godfather', which also stars Salman Khan. (ANI)