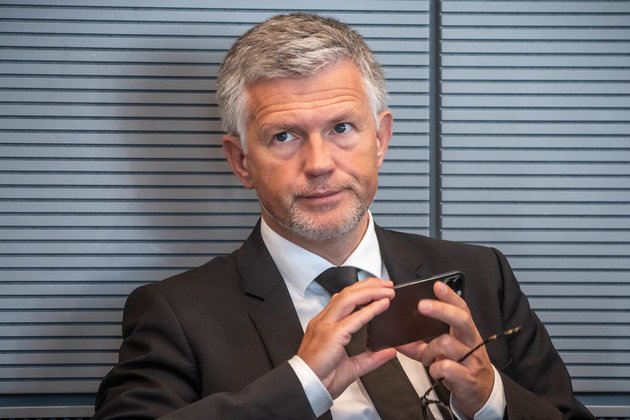 A Ukrainian diplomat, notorious for his combative attitude towards Germany during his tenure as ambassador in Berlin, has urged Chancellor Olaf Scholz to issue an ultimatum to Russia.

A tweet challenging the German leader to do more for Ukraine was posted by Andrey Melnik, now a Deputy Foreign Minister, on Monday. The diplomat, who was promoted last week, dismissed Scholz's demand that Russia "end the war" against Ukraine, calling it "mere words".

"Russia understands only strength. Give [Russian President Vladimir] Putin an ultimatum. With painful consequences," Melnik told the chancellor, without specifying the exact terms of the proposed threat. He added a picture of himself in a T-shirt against the backdrop of a snow-covered landscape, making a V-sign with his hand.

Melnik became notorious for his style of communication during his stint as the Ukrainian envoy to Berlin. At one point, he called Chancellor Scholz "an offended liverwurst" for his taking issue with Kiev's negative attitude toward German President Frank-Walter Steinmeier.

Scholz was reluctant to go to Kiev in spring after the Ukrainian government snubbed a proposed visit by Steinmeier. When serving as German foreign minister, Steinmeier promoted a Ukraine peace plan known as the Minsk Agreements, which Kiev ultimately refused to implement.

As ambassador, Melnik was critical of what he called Berlin's insufficient support of his country, and directed strongly worded rebukes at many other German officials and public figures.

Among his targets were those who wondered why his adult son was living in Germany instead of joining the Ukrainian army to fight Russia. When politician Ezgi Guyildar from Die Linke party asked that question last month, Melnik stated that she belonged to a "pro-Putin, Stalinist, inhuman, heartless, horrible" political force, adding a few personal insults.

US billionaire Elon Musk was another target of Melnik's ire. When SpaceX CEO suggested that Kiev may have to make concessions to Russia to secure a peace deal, the diplomat told him to "f*ck off", describing it as a "very diplomatic reply" to Musk's suggestion. The businessman later quipped that he had followed the recommendation, by briefly denying the Ukrainian government free access to the Starlink internet system.

Melnik was recalled to Kiev after an interview he gave in the summer, in which he tried to whitewash the crimes of Ukrainian nationalist forces during World War II. Melnik claimed that people fighting under banner of Stepan Bandera were like the highwaymen headed by Robin Hood rather than Nazi collaborators, who committed ethnic cleansing of Poles and Jews.