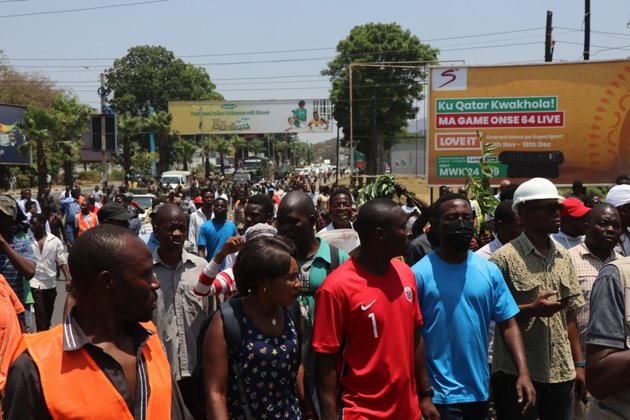 BLANTYRE - The International Monetary Fund (IMF) has approved financing to cope with rising global food prices for Malawi, the first low-income country to receive the help. The number of Malawians facing food insecurity has doubled to 20% of the population due to low crop production and increasing prices for fertilizers and seeds. Malawi's government says the funds will also help address a lack of foreign exchange that has caused a fuel shortage in the country.

Malawi is facing a challenging economic and humanitarian situation, with foreign exchange shortages and an exchange rate misalignment that has led to a sharp decline in imports including fuel, fertilizer, medicine, and food.

The IMF said in a statement released Monday that about 20 percent of the country's population was projected to be acutely food insecure during the 2022/23 lean season which starts from October to March, more than twice as many people as during the same time last year.

Government authorities say the approval of $88 million to Malawi under the new 'food shock window' of the IMF's Rapid Credit Facility will help address some of those challenges.

"Of course, every little (bit) helps. Most important is to be able to have a forex market that is efficient, that is able to work on its own and we are working very hard to build reserves at the Reserve Bank of Malawi so that we are able to normalize the forex market"

The IMF introduced the food shock loan in September for countries that have urgent balance-of-payment needs due to food insecurity, a sharp increase in their food import bill or a shock to their cereal exports.

The issue also brought excitement in the Malawi Parliament Tuesday when the leader of the Malawi National Assembly, Richard Chimwendo Banda, briefed lawmakers.

"Madam deputy speaker, this is a celebration and people who are against me may not be Malawians," said ChimwendoI. "Today,I am celebrating, and I am happy. Malawi shall rise again, and Malawi is rising again"

However economic experts say Malawi should find its own means of addressing economic challenges rather than relying on borrowing money from lending institutions.

They say, for example, Malawi should invest in programs that would increase its exports base rather than relying on imports.

The IMF funding comes at a time when Malawi is facing fuel problems largely because of lack of foreign exchange.

He told the state-run Malawi Broadcasting Corporation Tuesday that the IMF assistance does not mean an immediate end to all challenges facing Malawi.

In the meantime, Malawi is waiting for approval of another chunk of funding from the IMF known as Extended Credit Facility.