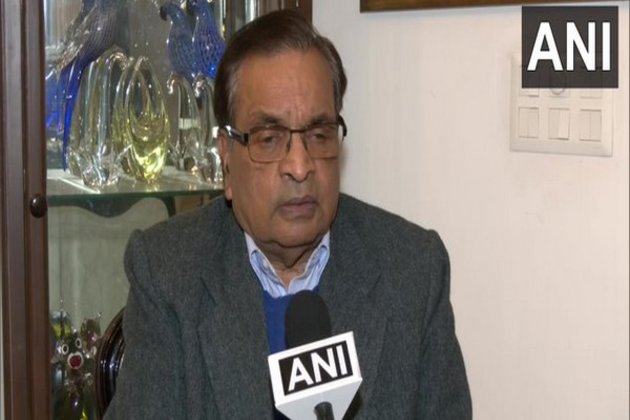 He added that the documentary needs to be condemned by everyone.

Speaking to ANI, Tripathi questioned the BBC's intent behind the documentary on PM Modi, which he said seems 'motivated'. He said the documentary features the 2002 Gujarat riots and the Godhra train burning incident, which preceded it, adding that the Supreme Court recently gave PM Modi a clean chit in the case.

"This documentary of BBC, which claims to examine the so-called tensions between Hindus and Muslims in India, and in that context, talks about again the so-called controversial policies of Prime Minister Modi, is not only prejudiced but is also biased and full of factual errors," Tripathi said.

He further said, "In this documentary, they have raised basically three or four issues: firstly it has talked about the Gujarat riots of 2002 which followed the train burning incident in Godhra as we all know that in this context the Supreme Court had set up a special investigative team. It has submitted its report to Supreme Court which has given its verdict."Speaking to ANI, Tripathi said, "It has very clearly held that Prime Minister Modi or the Gujarat government was not involved. They have completely exonerated him and all the charges levelled against him are not correct."Stressing that BBC taking up the same issues about which SC has given verdict seems "motivated", Tripathi said, "Once the Supreme Court has come out with that. Now, BBC taking up the same issues seems motivated. What is their intention, it is for anyone to guess. In this context, they have also quoted a report of a British diplomat whom they had claimed had visited Gujarat in 2002 and had submitted a report."He further said, "A foreign diplomat has neither any right nor any means to investigate any incident in India. If the British government wanted to know anything about that, they could have asked the government of India to give a report on that. So, again how correct that is and what is the authenticity of that and what could be the correctness of that report if there was any such report that is open to question."Former RAW chief Sanjeev Tripathi said the Union government's policies aims at empowering all Indians and PM Modi has actively engaged with every Indian citizen. He stated, "This documentary is full of distorted versions, seems to be biased, it's prejudiced, seems to be motivated and needs to be condemned by one and all.""We all know that all the policies of the government of India are aimed at all Indians, irrespective of their religion, ethnicity and all that. As far as the policies of the government are concerned which BBC has claimed to have been controversial, PM Modi has actively engaged with every Indian citizen whether it is housing scheme or health scheme or in the field of education. It has benefited every Indian irrespective of his religion," Tripathi told ANI.

Meanwhile, Former DGP Vikram Singh said the BBC has relied on those, who have no credibility, for its documentary on PM Modi. He said the BBC has no element of authenticity in the report of BBC.

Speaking to ANI, Singh said, "BBC have come out with a shameless documentary on the 2002 riots. They have relied on those who have no credibility whatsover. They ignored the judgement of Supreme Court and the observations of the Supreme Court on the findings of the SIT numbering in about 452 pages."He further said, "It is a matter of extreme shame that BBC have sided with untruths and have relied on words like reportedly, presumably and have relied heavily on hearsay and some of the shady newspaper reports."Speaking to ANI, Singh said, "There is no element of authenticity or truth in the report of the BBC. This documentary brings shame not only to the producers but to the BBC itself because it is not worth the name on which this documentary is made. I wish the government of England prosecutes them for spreading falsehood and spreading lies."Former DGMO Lt General Ashok Kumar Chaudhry has slammed the documentary calling it a "planned agenda" and stressing that the publication cannot digest the growth of India.

"The documentary was a planned agenda. It clearly shows they don't like India. BBC not working in a neutral way. They're not being able to digest that India is growing rapidlyare trying to mislead people. Muslims in India are the safest," Lt General Ashok Kumar Chaudhry told ANI.

In a strong response to the BBC documentary, more than 300 eminent Indians, including retired judges, bureaucrats, and armed forces veterans signed a statement slamming the British national broadcaster for showing "unrelenting prejudice" towards India and its leader. (ANI)