'Let them not preach us on rule of law': BJP slams BBC, Opp bid to 'politicise' series on PM Modi 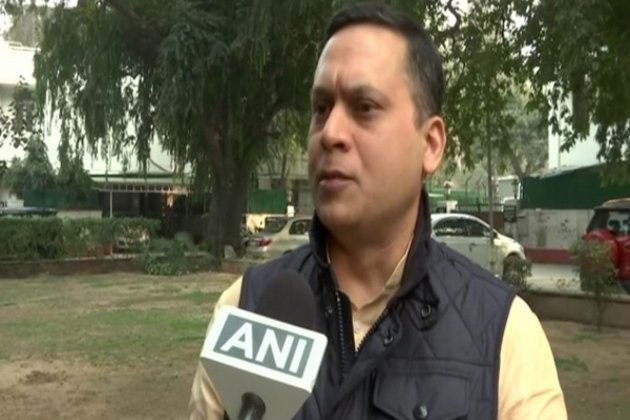 New Delhi [India], January 22 (ANI): Hitting back at the Oppsition leaders, who shared clips of the UK national broadcaster BBC's controversial documentary series on Prime Minister Narendra Modi, on their social media handles, the BJP on Sunday said it was an atempt to politicise the 2002 Gujarat riots.

They sought to remind the Opposition leaders that PM Modi has already received a clean chit from the Supreme Court in the case, adding that his innocence in the matter also got a thumping endorsement in the people's court.

Speaking to ANI, BJP leader Amit Malviya said, "In the last several years, the Opposition parties, especially the Congress, have tried to politicise the unfortunate Gujarat riots. However, despite all their attempts to extract political mileage out of the rots, Prime Minister Modi stands vindicated in the Supreme Court and the court of the people."He added, "Why should it matter what an external agency (BBC) has to say about an issue which has been settled at the highest court on our land? It (the documentary series) is a flawed and biased commentary of our country and people by a past coloniser, which has forgotten its own chequered history. They, of all people, should not be preaching us about the rule of law and human rights."The British Broadcasting Corporation aired a two-part documentary series, which was critical of the PM Modi's tenure as Gujarat chief minister, especially with reference to the 2002 post-Godhra riots. The documentary series sparked outrage and drew scorn even within the United Kingdom. It was also removed from select social media platforms in India.

Multiple YouTube videos, sharing the first episode of the BBC documentary 'India: The Modi Question', were blocked on the direction of the Union Ministry of Information and Broadcasting, sources said on Saturday.

Hitting out at the BJP-led Centre for blocking YouTube videos and Twitter posts sharing links to the controversial documentary series, Trinamool Congress (TMC) MP Mahua Moita shared an archived link of the documentary, saying the "courtiers of the world's largest democracy are insecure".

Congress MP Jairam Ramesh, too, posted a video clip of former Prime Minister Atal Bihari Vajpayee talking about 'Rajdharma' (administrative responsibility) in the presence of then Gujarat CM Narendra Modi, in the aftermath of the 2002 riots.

Meanwhile, in a strong response to the BBC documentary series, more than 300 eminent Indians, including retired judges, bureaucrats, and armed forces veterans signed a statement slamming the British national broadcaster for showing "unrelenting prejudice" towards India and its leader.

Earlier on Thursday, India denounced the controversial BBC series, describing it as a 'propaganda piece' designed to push a discredited narrative.

"We think this is a propaganda piece designed to push a particular discredited narrative. The bias and lack of objectivity and frankly continuing colonial mindset are blatantly visible," External Affairs Ministry spokesperson Arindam Bagchi said earlier, during a weekly media briefing.

The MEA spokesperson added that the documentary is a reflection of individuals that are peddling this narrative again. (ANI)