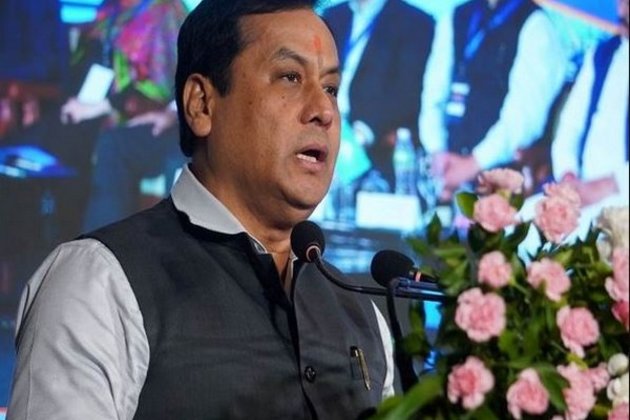 New Delhi [India], January 22 (ANI): Union Minister Sarbananda Sonowal on Sunday said that Azadi Ka Amrit Mahotsav is a great initiative by the government to celebrate 75 years of India's Independence and urged everyone to work hard with dedication and commitment to build "Atmanirbhar Bharat".

He was speaking at the closing ceremony of a five-day photo exhibition on 'Azadi Ka Amrit Mahotsav' organised by the Central Bureau of Communication (CBC), c, under the Ministry of Information and Broadcasting comes to a close at Assam Engineering Institute (AEI) playground in Chandmari, Guwahati.

Speaking at the event, Sonowal said, "Azadi Ka Amrit Mahotsav is a great initiative by the Government to celebrate and commemorate 75 years of India's Independence."He asserted that this Amrit Mahotsav will be a memorable initiative as India is marching towards its centenary celebration of Independence and he urged everyone to work hard with dedication, devotion and commitment in order to achieve the aim of Atmanirbhar Bharat.

Addressing the students at the closing ceremony Sonowal talked about the upcoming Pariksha Pe Charcha.

The photo exhibition was inaugurated by Assam Governor Prof. Jagdish Mukhi on January 18.

The exhibition portrayed the sacrifice of the brave freedom fighters of the Northeast and their contribution to the freedom movement of the Nation.

During the five days cultural programmes - folk songs and folk dances depicting the culture and tradition of Assam and the other parts of the Northeast were presented by the artists of CBC Guwahati.

Apart from this prizes were also distributed to the winners of dance, painting, quiz competitions organised during the five-day event. (ANI)