No films from Pakistan yet for SCO film festival 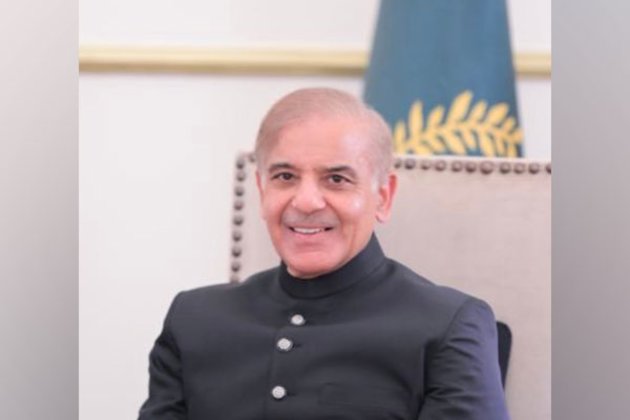 New Delhi [India], January 23 (ANI): The Shanghai Cooperation Film Festival is all set to start on Friday without Pakistan, according to the statement released by the Ministry of Information and Broadcasting through the National Film Development Corporation.

Interestingly, a total of 57 films from various SCO countries will be showcased at the film festival but there is no film from Pakistan.

The festival will open with a world premiere of an Indian film at the SCO Film Festival during the Presidency of India at the SCO.

It is pertinent to mention that India took over the SCO presidency for the year 2023.

According to the statement, the opening ceremony will take place at the Jamshed Bhabha Theatre, NCPA, Mumbai.

The film festival will start on January 27 and will end on January 31, according to the official statement.

Film Festival Screenings will take place at two locations in Mumbai, 4 auditoriums at the Film Division Complex at Pedder Road and 1 NFDC theatre at Nehru Planetarium Building at Worli.

In this film festival, there is a competition section, which is for the SCO Member States only and comprises various prestigious awards like Best Feature Film, Best Actor (Male), Best Actor (Female), Best Director (Feature Film), and Special Jury Award.

There are a total of 14 films which were nominated for the competition section. One is the Marathi film, 'Godavari', which is directed by Nikhil Mahajan and the other is India's official entry to the Oscars in the Best Foreign Language category, Chhello Show, which is also known as 'The Last Film' are nominated.

The Russian films Mom, I'm Alive!, Don't Bury Me Without Ivan; Kyrgyz films Akyrky Koch (The Road to Eden), Italian and Chinese films B for Busy by Yihui Shao and Chinese films Home Coming; Uzbek films Aelkismati( The fate of a woman), Meros (Legacy) and Tajikstan films Dov (Fortune) are also nominated for this category.

Russian and Chinese will also be the official language of the Film Festival. English will be included as the functional language of the festival as it is being hosted in India. The films to be screened will be required to be dubbed or subtitled in English for the benefit of the jury and local audience.

India's official entry to the Oscars in the Best Foreign Language category, 'Chhello Show', Gujarathi film, will be screened in the competition section. Along with it, Shoojit Sircar's Sardar Udham, SS Rajamouli's period film RRR in SCO country focus.

'Masterclasses' and 'In Conversation' sessions have been curated with eminent filmmakers and actors of the SCO countries attending the festival and Indian film personalities. There will be sessions with industry experts tracing the history of animation and presenting the endless possibilities of 'creating the shot' with the help of animationvisual effects.

The SCO Film Festival aims to build cinematic partnerships and act as a bridge between the cultures of various countries in the SCO. It will also create synergies in the film fraternity of SCO Members by way of collective cinematic experience. The films being showcased in the SCO Film Festival, all brought by the SCO states, will allow spectators to experience different cultures and the films will be a window for people from the SCO countries to know each other better, according to the statement.

SCO Festival has been curated to showcase films of the SCO countries in the Competition and Non-Competition screenings. In addition to the film screenings, the festival will have master classes, in-conversation sessions, country and state pavilions, photo and poster exhibitions, handicrafts stalls, and many other events. (ANI)