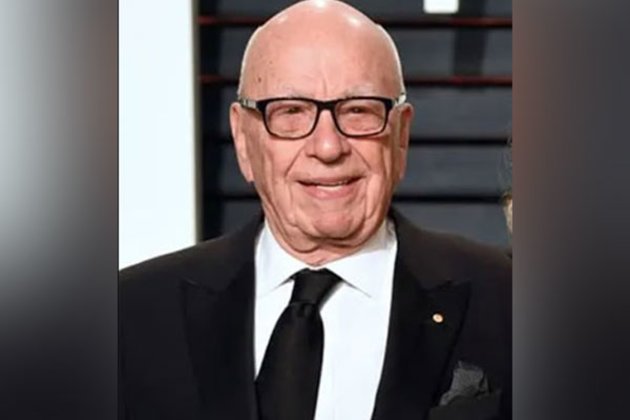 New York [US], January 25 (ANI): New York News Corp, one of Rupert Murdoch's media companies, said in a statement on Tuesday that he had determined that combining it and the Fox Corporation was "not optimal for shareholders of News Corp and Fox at this time," according to the New York Times.

The boards of both media companies disclosed in October that Murdoch had proposed reuniting the two companies, nearly 10 years after they split up, NYT said, adding that both Fox and News Corp established independent committees of their boards to evaluate a possible deal. However, the prospect faced significant investor pushback.

The deal, if it had gone through, would have put a collection of news and entertainment assets including Fox News, The Wall Street Journal, the Fox broadcasting network and TMZ under the same corporate umbrella. When it was initially proposed, Murdoch was said to be interested in the potential for cost savings and the possibility of integrating some of the companies, NYT reported.

Since the companies split, the media industry has gone through a wave of consolidation to compete with streaming giants like Netflix and combat the decline of the traditional TV business, it said.

"Scale is important," Lachlan Murdoch, the chief executive of Fox and Rupert Murdoch's elder son, said in November. "Scale lends flexibility in many ways."But executives and investors had significant questions about the rationale of the deal, according to the report. When Rupert Murdoch initially separated the two companies, he argued that Fox's TV and movie business and News Corp's digital media business were better off separate. Lachlan Murdoch had told investors in 2019 that the companies would not reunite.

Some investors questioned whether the deal would equally benefit both companies given News Corp's valuable assets, like its sizable real estate business. Some also questioned whether Rupert Murdoch's interests were more aligned with Fox, in which he owns a larger share than in News Corp, the daily newspaper said.

In November, the activist investor Irenic Capital Management sent a letter to News Corp's special committee questioning whether merging with Fox was a better alternative than other deals, like selling News Corp's real estate business, NYT reported on Tuesday night. Irenic owns about 2 per cent of News Corp's Class B shares. Those shares confer stronger voting rights than the more numerous Class A shares.

The Class B shares have about 10 times the voting power of Class A shares, and are not traded on public exchanges. These shares are called "super-voting shares" as they give key company insiders larger control over the company which includes its board and is usually the deciding factor for corporate actions.

Shortly after, one of News Corp's largest shareholders, T Rowe Price, said in an interview with NYT that the proposed merger would probably undervalue News Corp, which it believed was trading for less than the company was worth, the daily newspaper said.

According to NYT, the proposal raised questions about what it would mean for succession at the companies, with many believing a merger would give Lachlan, his father's chosen heir, expanded power. Murdoch's other son, James, wrote letters to the News Corp and Fox boards raising questions about the deal. It is unclear what those objections were, NYT said. The newspaper said a Rupert Murdoch spokesperson did not have additional comment. (ANI)